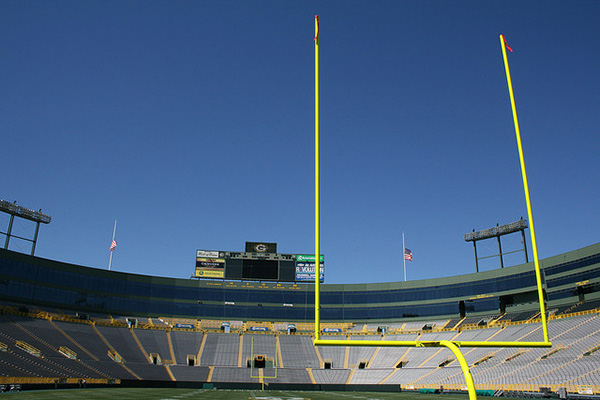 Anyone who is a football fan (and many who are not) know of Junior Seau’s death on May 2. The tragic event has been ruled a suicide, and the manner in which it happened—Seau shot himself in the chest—has people asking questions beyond the usual, “Why?” It’s not a common way to commit suicide, and it mirrors the suicide of Dave Duerson in February 2011, another retired NFL player. Before Duerson died he sent a text message to his family, telling them he wanted his brain studied for evidence of chronic traumatic encephalopathy (CTE). Seau’s family recently agreed to the same.

CTE is a disease that results from too many concussions and other head injuries. It’s symptoms are frightening, and include psychotic symptoms, memory loss, and Parkinson’s disease-like symptoms in later years. It can only be diagnosed post-mortem.

Recent exposés by the New York Times and other publications have highlighted the link between hard hits in sports like football and CTE. As a result, the National Football League has amended its rules to limit the risk of concussions. But they can’t take the inherent violence out of the current sport. Brain-jarring collisions are likely to remain common. For some, big hits are part of the appeal of the sport. Yet as word spreads of the link between CTE and football, I suspect fewer people will feel that way. As Rob Mitchum said, “It’s getting harder and harder to innocently watch football.”

That has some questioning the future of football. John Gruber linked to a piece over at Grantland written by economists Tyler Cowen and David Grier back in February, after Duerson died. In it, they detail the hypothetical decline of football in the coming decades. That may surprise many of you: An America without football seems like an impossibility. But keep in mind that football wasn’t always the juggernaut it is today.

Football’s uncertain future doesn’t exactly make me feel rosy inside—I’ve done some pretty silly things just to watch Packer games—but neither does the thought of NFL players living on average nearly 20 years less than everyone else.

Football’s decline could have far reaching consequences, Cowen and Grier point out, from possible decreases in binge drinking on college campuses to reduced profitability for cable TV companies. But there’s another part of their thought-exercise that stood out to me, and one that’s relevant to Per Square Mile. Cowen and Grier:

Overall, the loss of football could actually increase migration from rural to urban areas over time. Football-dependent areas are especially prominent in rural America, and some of them will lose a lot of money and jobs.

They use Green Bay as a case study. The Packers’ Lambeau Field adds $282 million to the local economy, supports 2,560 jobs, and contributes $15.2 million in taxes. While Green Bay may be an outlier as the smallest city in the NFL, many small university towns are similarly dependent on collegiate football. If football becomes too much of a liability and universities drop the sport, then many small towns will lose significant portions of their economy.

Let’s say these things come to pass, that football’s liability causes it to disappear at the high school and college levels, that schools no longer feed the NFL the talent it needs to stay on top, and that football in general withers like boxing did in the first half of the 20th century. What will replace it? If Cowen and Grier are right, that football is a small town and rural sport—and I believe they are—then what is an urban sport? Basketball or even soccer or track and field, as they suggest? Or another relatively unknown sport? Only time will tell, but given the recent spate of tragic deaths among football players, we may not have to wait long to find out.