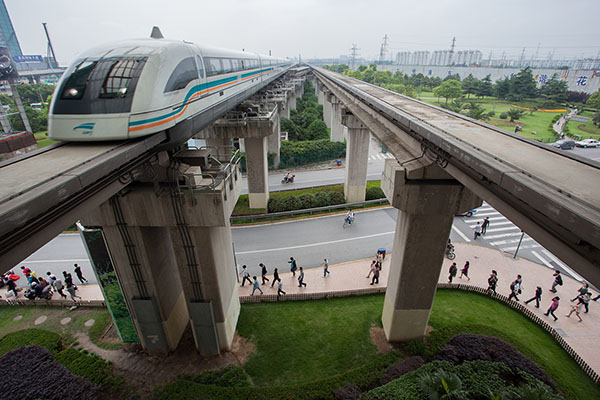 “How far should you live from work?”

I pondered that question a few weeks ago after perusing American Community Survey data compiled by Charlie Gardner. It showed that most people in most metro areas in the United States tended to commute about 30 minutes each way to work, give or take a few. That adds up to about an hour of commute time per day. As I looked into it further, I found a lot of research that corroborated the surprising similarity of people’s commute times.

But in all ten research papers I used to footnote that article, I was missing one. Eric Fischer pointed me toward a 1994 treatise—for lack of a better term—by Cesare Marchetti. He posited that one hour per day is as long as people have been willing to travel. Ever. Since the dawn of human society.

At least, that’s what Marchetti hypothesized. He did have some data to back it up, though it wasn’t his own. It was Yacov Zahavi’s. Zahavi was a transportation engineer who consulted for the U.S. Department of Transportation and World Bank in the 1970s and early 1980s. As part of his work for the DOT, he came up with what he called the Unified Mechanism of Travel Model, or UMOT. Zahavi produced a string of reports and papers on UMOT, which he hoped would shake up how transportation planning was done in cities.

In the process of developing UMOT, Zahavi collected many juicy tidbits of data. One observation was that as people earn more money, they spend farmfoods near me an increasing percentage of their income on everyday travel, up to about 13 percent. That number seemed to be both a hard ceiling and firm floor once households earned above a certain amount (about $50,000 in 1976). The richer you got, the more you spent in real terms. But the percentage remained the same.

Another bit—the one that inspired Marchetti—was that people in the United States and the United Kingdom traveled about 1 hour per day. (Astute readers will notice that a 30 minute commute to work—the number most studies have settled on as the “average” commute—adds up to precisely that amount at the end of the day.) Zahavi also noticed that even though some people could travel faster—by car rather than bus, for example, they still spent the same amount of time traveling. They just traveled farther to work—a trend which more recent studies have also uncovered.

Zahavi’s data is compelling, but in Marchetti’s hands it quickly became a universal constant. If so many people in Zahavi’s study (mostly in the developed world of the 1950s and 1960s) traveled the same amount per day, Marchetti reasoned that humans must have an innate desire to travel at most and at least 1 hour per day. Boom. Marchetti’s constant.

Zahavi’s data wasn’t the only leg he had to stand on, though it certainly was his sturdiest. Cave men and Greek villages were another. Marchetti pointed out, “Walking about 5 km/hr, and coming back to the cave for the night, gives a territory radius of about 2.5 km and an area of about 20 km2. This is the definition of the territory of a village, and … this is precisely the mean area associated with Greek villages today, sedimented through centuries of history.”

Marchetti—not one to think small, apparently—then used his new universal constant as a jumping off point to explore the future of tomorrow. How fast would a transportation system need to be to serve a city of 100 billion people? An average speed of 150 km/h sounds about right. Can you turn Switzerland into one giant city? Sure, so long as you run maglev trains in sealed tunnels sucked free of atmosphere. What about if you linked Paris and Casablanca with a maglev, too? “[A] woman in Casablanca could go to work in Paris, and cook dinner for her children in the evening.”

Not a man to leave a logical extreme unreached, Marchetti realized that at some point in the future everywhere on Earth will be 30 minutes from your front door. “With mach-7 airplanes and matching Maglevs, a world city is also possible. The assimilation of the technologies in political terms, however, will take some time.”

Details. In the meantime, enjoy your 30 minute commute.