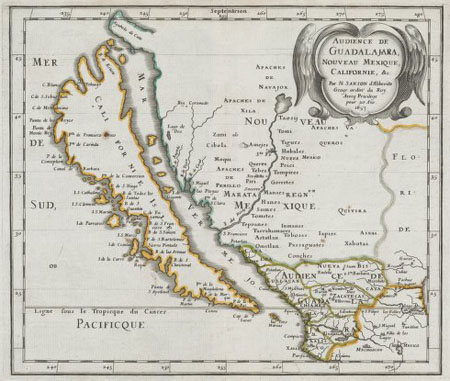 Stanford recently acquired a collection of maps depicting California as an island—illustrated representations of what many in the U.S. assume is figuratively true, that the state is a world unto itself. But back when the original maps were drawn, people really did think California was an island. My grad advisor had an example in her dining room, and it was a fascinating thing to study.

Maps, then as now, were key pieces of military intelligence. The Spanish eventually figured out that California wasn’t an island. It took other colonial powers a bit longer, and Spain protected that classified detail. Eventually everyone realized that the Gulf of California wasn’t a strait. But the seed was sown, and, in a way, California remains an island to this day.