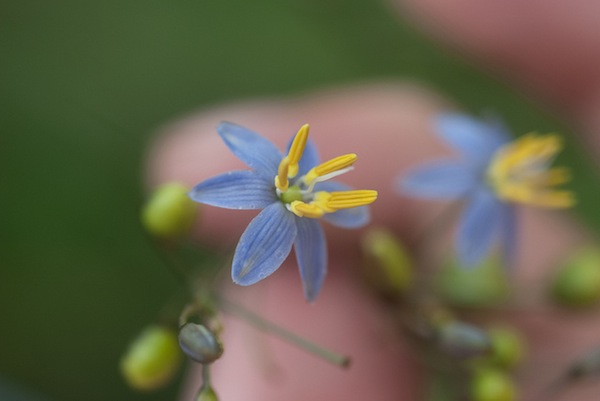 One of the scourges of our globalized economy is invasive species. In California, annual Mediterranean interlopers have upended the state’s once perennial grasslands. The Australian outback has been blanketed with prickly pear cacti from the American Southwest. And wattles from Down Under are a scourge in South Africa. But as widespread as invaders are, we’re only just beginning to understand how they move around the globe, establish themselves, and reshape the ecosystems they disturb.

A key unsettled debate is whether or not invasive plants change patterns of biodiversity. Some studies have found that biodiversity suffers when nonnative plants arrive and take over. Others have found the opposite, that new species add to the mix rather than deplete or homogenize it. Well, the authors of a new paper published today in Science say both answers are right. According to them, it’s all a matter of scale.

Studies on invasive plants and biodiversity can generally be classified according to scale, small and large. Small scale studies pore over tiny patches of land, generally less than 25 square meters. In those cases, researchers have generally found that plant biodiversity suffers when invasives are present. Other scientists say that, on the large end of the scale, they see no difference.

In an attempt to reconcile these consistently disparate findings, Kristin Powell of Washington University in St. Louis and her colleagues sought to bridge both scales. They set up both large (500 m2) and small (1 m2) plots in Hawaii, Florida, and Missouri, each of which has its own problematic nonnative. In Hawaii, it’s the fire tree, Morella faya; in Florida the cerulean flax lily, Dianella ensifolia; and Missouri the Amur honeysuckle, Lonicera maackii. The study subjects run the gamut from overstory tree (fire tree) to mid-story shrub (honeysuckle) to understory herb (flax lily). Each state in the study has parts that are invaded and parts that are not, a fact which Powell and her colleagues used to their advantage by surveying plots on either side.

What they found is as nuanced as you might expect from a confused and messy situation involving the natural world. On small scales, the 1 m2 plots, they found that biodiversity was, in fact, lower. In the large plots, species richness was a slight bit lower, but it was close enough to be a wash. These results essentially jibed with those found by other scientists.

If you dig a little deeper, things get more interesting. They also found that ecosystems hosting invasive plants are generally more homogenous—the patchy pastiche you would normally expect just wasn’t there. But they’re not ecological clean rooms, either. Though diversity was down, there didn’t seem to be evidence of extinctions. Native plants may have disappeared from a large number of the smaller quadrats, but they typically weren’t absent from the larger plot. The diversity was there, it was just hiding among the invaders.

That’s good news, in a way. We probably won’t lose interesting and potentially important plant species because of competition from invasive plant species. But that’s not to say the natives are free and clear, though. If their populations are suppressed too much, they could be sitting ducks for another disaster, such as a catastrophic fire or human development. They’d be one step away from being wiped off the map.

This study’s results suggest that we should reevaluate how protections like the Endangered Species Act can—or can’t—help in the case of invasives. If, as this study says, invasions seldom lead to extinctions, then protections like the ESA won’t help much against invasive species. But if invasives depress population numbers enough, native species would be vulnerable, meaning the ESA would be more relevant than ever. In those cases, we should be even more vigilant in areas overrun with invasives. On the surface, they may not look like healthy ecosystems. But lurking within are the native remnants of one. If we buy those systems enough time, they may sort themselves out.