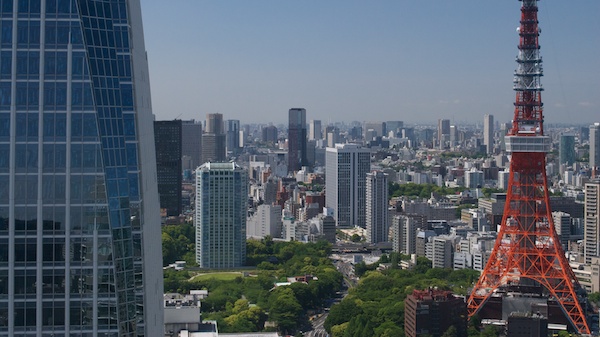 Standing in awe of Tokyo is cliché. The city dazzles, sometimes quite literally with its bright signs, jumbo Jumbotrons, and sea of pulsing red lights stretching from here to the high-rise-filled horizon. But Tokyo is more than just hyperkinetic advertising and self-warming toilet seats. Here’s a shortlist of what makes Tokyo a magnificent city—and what it could do better—gleaned from my recent trip.

After a nearly 15 hour flight, I fell asleep as soon as my head hit the pillow. Less predictably, I wasn’t awoken at some ungodly hour by city noise disrupting my jet lag-addled body. Instead, I opened my eyes at 7:30 AM to the sounds of birds chirping in the nearby temple grounds. In the background, the city whispered. 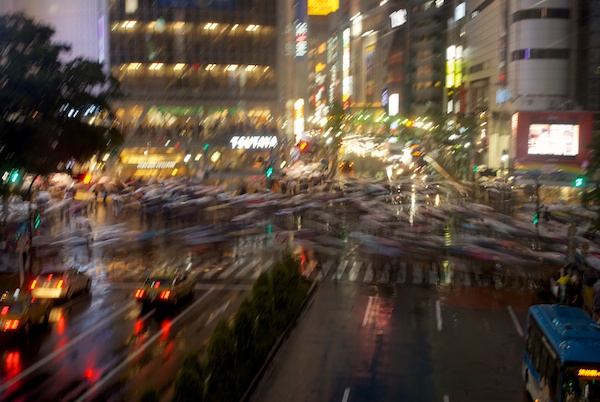 Even at its most frantic—say, the scramble across Hachiko Square in Shibuya—Tokyo didn’t blare its metropolisness. It wasn’t for lack of traffic. Cars and trucks flowed on smooth streets and on elevated highways, the Shinkansen whisked along polished rails, and metro trains glided from station to station. Having lived in Chicago and Boston where trains rattle like the lungs of a septuagenarian chain smoker, the quiet subway surprised me the most. The Japanese understand the value of a little peace and quiet.¹ For that, I thank them.

Japan has a reputation for cleanliness that’s well-earned. From the little piles of leaves carefully swept off the Meji Shrine’s gravel paths to the sparkling bathrooms in JR train stations, Japan is a tidy place. Surprisingly, it didn’t feel oppressive. Discarded gum still stains the sidewalk, and yes, I did stumble on the occasional bathroom that smelled like a bus stop. Overall, the country was pleasantly hygienic. 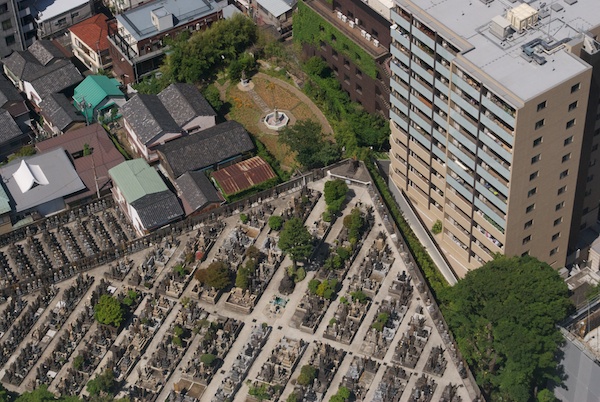 Chalk it up to their religion. For well over a thousand years, one of the majority religions in Japan has been Shinto,² and Shinto gods don’t like filth. I had always figured the Japanese obsession with cleanliness was a way to deal with the filth of modern cities. Imagine my surprise when it dawned on me that the Japanese have been like this for hundreds, perhaps thousands, of years. Given that cultural legacy, Japan’s cleanliness would be difficult to replicate in other countries without religious awakenings or authoritarian rule.³

Part of what makes Japan—and especially Tokyo—so clean is the fact that Japanese people like to follow rules. My friend joked that the Japanese like standing in line so much that he was tempted to start a line waiting for nothing and see who queued up behind him. Lines abound in Japan, especially in Tokyo. It certainly helps make the metropolis less chaotic and more manageable. Such orderliness can be refreshing, but there are times when it goes overboard. Like the trash of a pop-up ice cream shop, which was neatly stacked inside the bin. 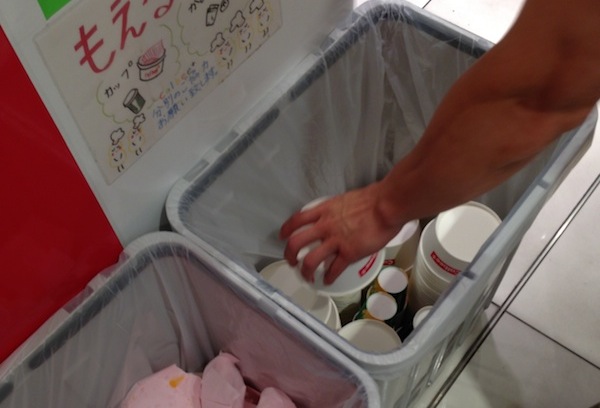 There’s orderliness, and then there are obsessive compulsions.

Obsessive definitely applies to their rail system, but there it’s a virtue. I’ve said it here before, but we here in the U.S. are fools for not investing in high-speed rail. It’s truly a transformative technology. Trains depart Tokyo Station bound for Osaka—the Japanese equivalent of New York to Washington—every ten minutes or so from 6 AM to 9:20 PM. It completes the 343 mile (552 km) journey in 2 hours 25 minutes, and average delays on the line are measured in seconds, not minutes. The only high-speed line in the U.S. takes nearly 3 ours to make the 224 mile (360 km) run between New York and Washington. 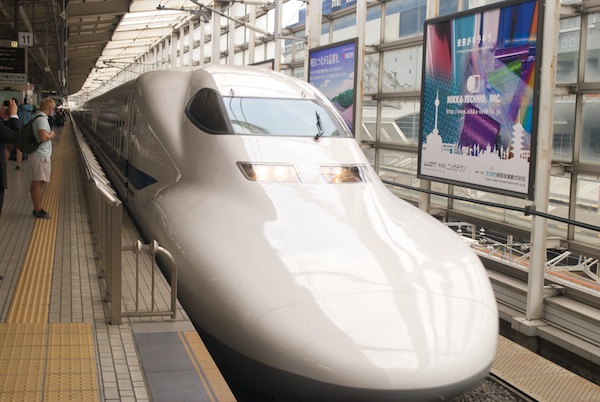 Comparing those routes may be more apt than you first suspect. If you overlay Japan’s main islands with the East Coast, you’ll see that it stretches from the Florida Panhandle to New York’s border with Canada. In that space, Japan has about 130 million people, the U.S. about 112 million.

The Japanese aren’t any more accepting than we are of noisy train tracks, either. Both the U.S and Japan have their share of NIMBYs, or “not in my backyard” protesters. As a result, regulations limit noise from the Shinkansen to 70 dB in residential areas.⁴ Faced with this challenge, designers have streamlined the trains and engineers have polished the rails. As a result, on my two Hikari-service trains, we zipped through cities at shocking speeds.

Inside the train cars, things are modern, clean, and spacious. The only downsides I noticed were seats without power outlets (newer cars have them in every seat, older ones don’t) and first class Green Cars that smell like ashtrays. In a few years, I’m sure both will be taken care of.

It’s little wonder that that Japanese are extending the Shinkansen as far as they can, from subtropical Kagoshima in the south to Sapporo in the snowy north. Existing lines are being upgraded or replaced, drastically so in some cases. By 2027, JR Central expects to have maglevs zipping between Tokyo and Nagoya in about 40 minutes, and by 2045 from Tokyo to Osaka in a little over an hour. That’s nearly one and a half hours shorter than it takes today. 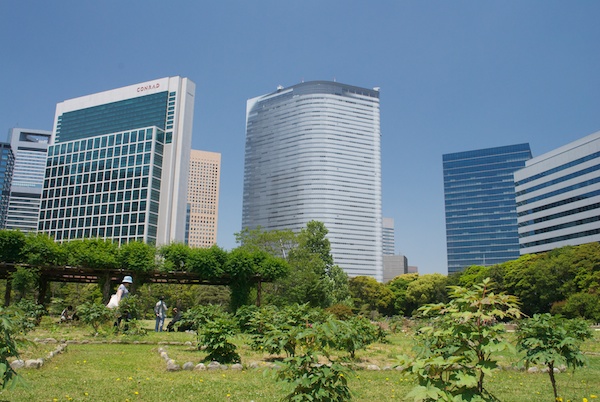 Partially by historical accident, Japanese cities have a wealth of parks. Temples and shrines are typically open to the public and offer a few minutes respite from city life. Former imperial grounds are also available for a nap or a stroll. Parks and other open spaces are not concentrated in one place, either, but spread throughout. The skyscrapers that dominate the horizon are the only reminder that you’re in a big city.

Japanese architecture oscillates between inviting warmth and cool distance. Traditional buildings are all wood and coziness. Unfortunately, unless you were the emperor, that usually meant little interior light and cramped living space. But their detail is marvelous, from the careful use of natural materials to the expert joinery. 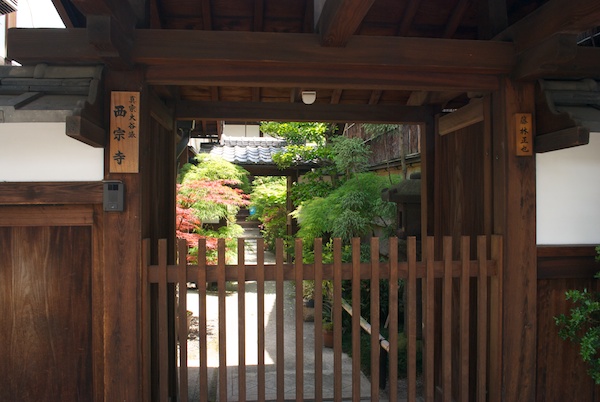 Modern buildings can be both warm and cool. From the outside, they often present an austere, technocentric face. I was frequently overwhelmed by the sheer amount of metal and grey stone, a stark contrast with the glassiness of Western skyscrapers. But the aesthetic of modern Japanese buildings can switch from cool to warm the moment you walk in the door. Grey may dominate the facade, but yellow wood is everywhere inside. 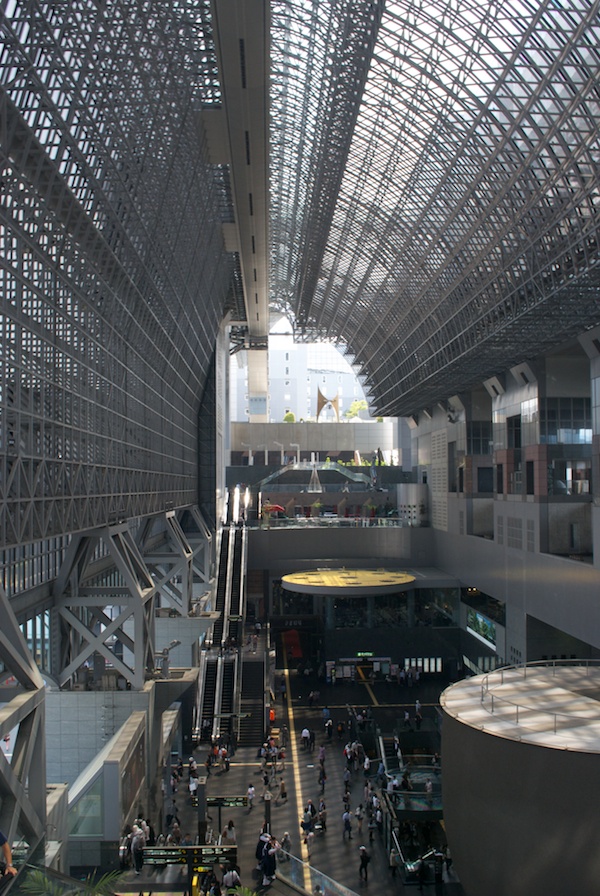 For the most part, I’m not wild about the last few decades of Japanese architecture, with one exception: Roppongi Hills. 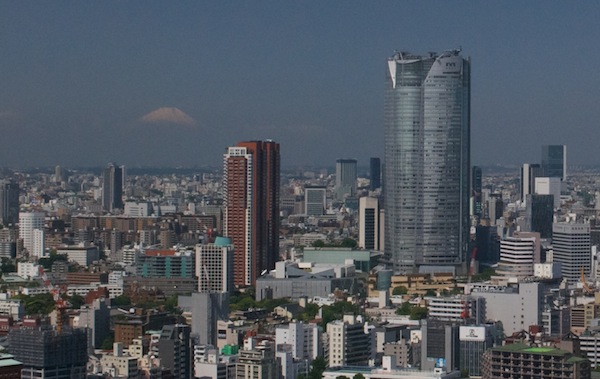 That place is amazing. It’s level after level of hidden treasures—patios opening onto sweeping views, open-air plazas sheltered by expansive glass awnings, a massive outdoor performance space, and dozens of escalators nestled among towering skyscrapers. I spent half my time there outdoors and nearly all of that uncertain of where the actual ground was. But I was certain of one thing—Roppongi Hills feels like the future. You know, the one where people live in a planet-wide city where building on top of building obscures the terrain—and seedy underworld—beneath.

Japan has a way of getting into your head. Perhaps it’s the contradictions of order and chaos, old and new, energy and passivity. Or maybe it’s the fact that no matter how long I may spend in the country, no matter how much I study its history and norms, I would never be considered culturally Japanese.⁵ Whatever it is, I know that someday I’ll return.