“Aging happens to everybody else, it doesn’t happen to me,” Waerstad says. “There seems to be this incredible denial, and I think we all share it. It’s this unfathomable possibility that we will ever be the ones to give up our independence in some way because of a physical decline.”

Age-proofing cities will be a cultural challenge as much as an urban design one.

One place that’s had to think a lot about age-proofing is Japan. From long-interval chimes that guide the hard of seeing toward exits—”ding…dong”—to guideways and warning strips in train stations and on sidewalks, they’ve done quite a bit to make life easier for their graying population. 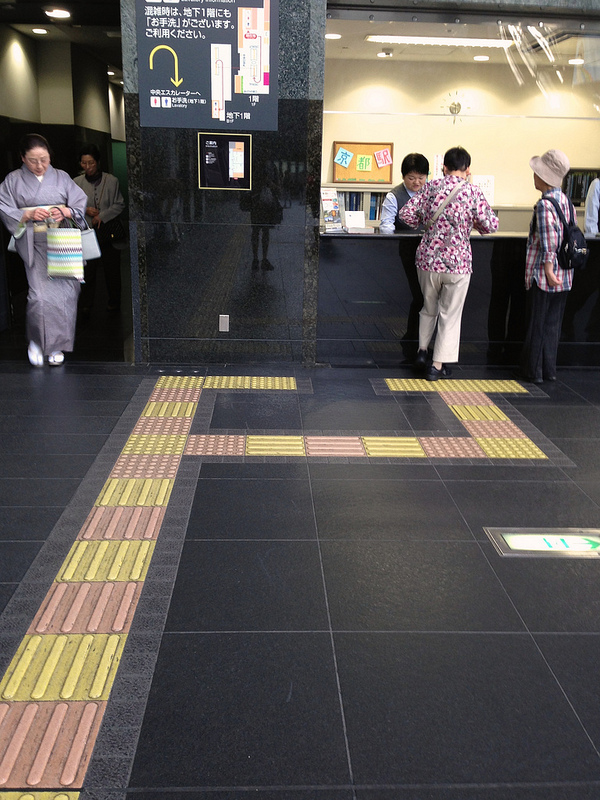 I found this great example in Kyoto’s train station. Notice how they’ve systematized the texture differences between straight paths and intersections and terminuses. You see these throughout the country.