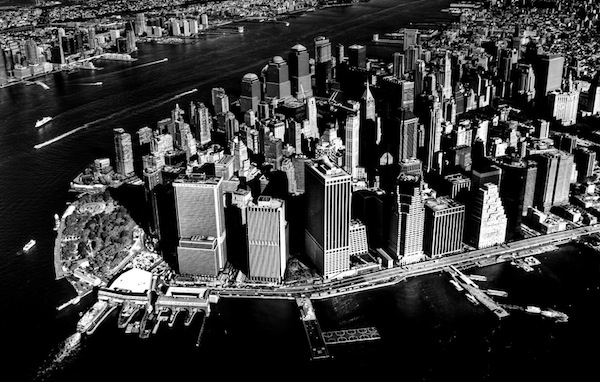 If you want to live a long time, where should you reside, the city or the countryside? There are compelling arguments to be made for both. In the city, you could be the victim of a crime; in the country, an accident of man or nature could claim your life. Regardless of the various marks for and against, overall death rates are neither higher nor lower in the city than in the countryside.

But suicide rates are a different story. A couple of years ago, I covered the topic in some detail, drawing on three published studies. I discovered that suicide rates are higher in less populated areas for a couple of reasons. One is access to weapons—there tend to be more of them in the countryside, and they’re an awfully effective way to end a life. But more significant than that is one’s mental state. People with mental disabilities are more likely to take their own lives, and there is less access to mental health resources in less densely populated areas.

That’s not all, though. A new working paper published to arXiv.org by a motley crew—two insect ecologists, a systems scientist, and a theoretical physicist—adds a new wrinkle to the conundrum of mortality rates and population density. Like many other researchers, they found no overall link between mortality and population density. But once they limited their sample to young people, they saw rates of suicide and, to a lesser extent, accidental death skyrocket at lower population densities. Accidental deaths are somewhat easy to explain. In low-density areas of developed countries, driving is common, as is driving at high speeds. Accidents at higher speeds are more likely to be deadly, and young, inexperienced drivers are involved in more accidents. More puzzling, though, was what happened at higher densities. Above 777 people per square mile (300 per square kilometer), suicide rates flattened.

As a raw number, that’s not very high. A city with a population density that low is hardly a city. But a county or state at or above that number is dense, which is what the researchers used—U.S. counties, Japanese prefectures, French départements, and so on. The sort of places that have those population densities contain some real cities or metro areas—San Diego County in California and Denton County in Texas, which is part of the Dallas-Fort Worth metro area.

The reasons for this floor remain illusive. The researchers think social bonds may play a role, citing a “stay alive” effect that biologists see in lab-grown cell populations, where cells that don’t receive constant prods from companions commit suicide. Cities, they say, provide equivalent prods; it’s as though the mere fact of interacting with other people reminds you to stay alive. It’s an intriguing notion, but it’s obviously not a perfect analogy since some people can live for a very long time without constant prodding. Plus, none of the authors of the paper are sociologists or anthropologists—their conclusions are a bit speculative without some support from those fields. Maybe they’re looking for someone in one of those fields to collaborate. Currently, the paper is merely in working form, meaning it hasn’t been peer reviewed. The authors have put it out there so their peers can propose ways to improve it.

Regardless, the floor in suicide rates they’ve found is intriguing. There’s bad news and good news in that result. The bad news is that adding social bonds by increasing population density doesn’t seem to affect suicide rates. To have any effect on that, we’ll need more robust social services to catch the people in danger of slipping through the cracks. But the good news is that there doesn’t appear to be a point at which the trend reverses—massive cities do not, it appears, drive us to the brink.

The counterintuitive case of suicide and population density

When it’s too crowded to have kids