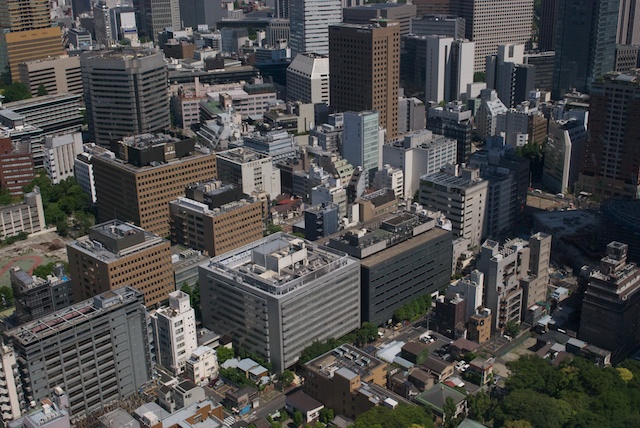 High-density living—it’s an urbanist’s answer to climate change. Living close is a straightforward solution to a complex problem. One that’s probably a little too simplistic. While living in dense cities certainly does reduce your carbon footprint, the results may not be as dramatic as you suspect.

That’s according to a new research paper by Chris Jones and Dan Kammen, two University of California, Berkeley researchers who have extensively studied people’s carbon footprints. Their results show that moving from a carbon-heavy suburb to an ultra-dense city will only reduce your emissions by 35 percent on average. Yes, that’s a big number, but perhaps not as significant as we’re often led to believe. But fortunately lurking within their data is an even simpler—and maybe even more effective—way for metro areas to reduce their footprint.

Jones and Kammen have spent years honing their methodology for determining people’s carbon footprints. Jones is the lead scientist at the Renewable and Appropriate Energy Lab and Kammen is its director and a professor at the university. Together they’ve created one of the most detailed and accurate carbon footprint calculators available online. To develop that tool, they had to ask a lot of people a lot of questions about their lifestyles. With that experience, they’ve published a number of papers that lift the veil on our energy use, revealing which aspects of our lives produce the most greenhouse gas emissions.

Their latest paper is contains some seemingly unexpected results, all gleaned by modeling emissions for individual ZIP codes. For example, you might expect carbon footprint to fall commensurately with population density. After all, living in the boonies makes you pretty reliant on cars while living in the city frees you to take transit. But it isn’t so clear cut. People living far from cities and suburbs have fewer destinations and tend to buy less, driving down their overall footprint.

As population density increases, then, household carbon footprints rise initially, up to 3,000 people per square mile. After that point, emissions per household drop, though the trend isn’t linear, it’s logarithmic, which is to say it falls fast at first but then with plateaus.

Jones and Kammen found that the most carbon intensive places to live are about 15 to 45 miles from the center of the nearest major city.¹ Most households in these bands have higher incomes and more members, both of which are tightly coupled with carbon emissions in the U.S. Those households also have higher transportation footprints—50 percent more than city center households. Overall, suburbs account for half of the U.S.’s carbon footprint. Large cities contribute 30 percent.

No city can escape its suburbs. As long as people have the means and the desire, they’ll live in those sorts of places. So to reduce a metro area’s overall carbon footprint, Jones and Kammen say, you have to tailor solutions that will work for each region of the country and each part of the metro. To be successful, those solutions must work with people’s existing behaviors.

Take the suburbs, for example. “These locations are ideal candidates for a combination of energy efficient technologies, including whole home energy upgrades and solar photovoltaic systems combined with electric vehicles,” they write. Forcing someone to use transit changes their behavior, and people are resistant to that. But if you encourage them to use electric cars, that works within their existing behavior. It’s an easier sell.

The overall trend of population density and household footprints offers another option, too. Pushing densities above 3,000 people per square mile can lower emissions substantially. That’s the tipping point in Jones and Kammen’s curve. Beyond that, they declined sharply, but then plateau. In other words, to make an significant impact, we just have to live a little closer together.