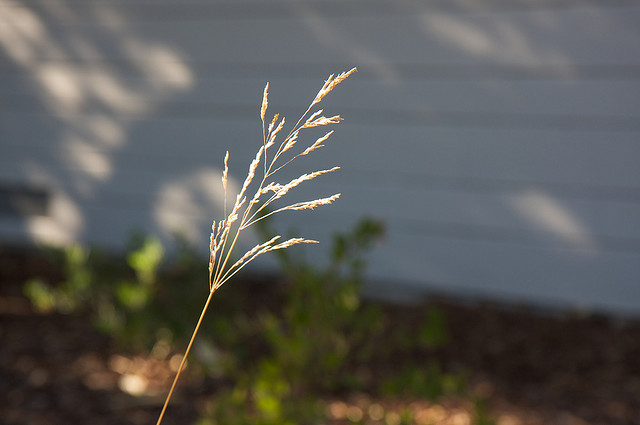 Where there are more people, there’s less nature. It’s a fairly well established fact. Manhattan may have the odd hawk or falcon, but the paved island’s diversity of plants and animals just can’t compare to that of 23 square miles of pristine wilderness. What’s less known is how well biodiversity fares in human landscapes that are somewhere between the Empire State Building and Daniel Boone’s back forty.

Many scientific papers have been written about how specific types of plants and animals fare in the countryside, the city, and places in between, but few summarize the big picture. One review paper did take a wider view and surveyed 105 studies. It found that though most types of animals avoid the city, plant life seems perfectly happy living the suburban dream.

Animals, specifically mammals, reptiles, and amphibians,¹ dropped precipitously in most studies as researchers moved from the countryside to the city. In the first transition—from the countryside to the suburbs—only three studies found the same or greater numbers of mammal, reptile, and amphibian species, while 14 studies reported fewer. Invertebrate diversity rose in 14 studies, but fell in 30 others and remained the same in only three reports. These negative trends were magnified in the transition between the suburbs and the city proper. All but one study reported the same or fewer numbers of species of invertebrates in the big city as in the suburbs. As the researchers moved into the city and human population density increased, they found fewer mammal, reptile, and amphibian species.

Loss of habitat is probably behind this steady decline. Larger animals like mammals, reptiles, and amphibians need relatively large plots of land to survive. Invertebrates like insects are better off in human-dominated areas because of their smaller size—even a single tree can support dozens of different insects.

Amidst the gloom, plants were the one bright spot. In the suburb-city transition, plant diversity advanced in seven studies and retreated in seven others. It thrived when moving from the countryside to the suburbs. Plants’ success is probably due to their negligible requirements. Many only require a bit of soil, some water, and moderately clean air. On top of that, people often lend plants a helping hand by planting, watering, and fertilizing them. And while a home may have a cat and a dog, many sport dozens of different flowers, trees, and shrubs in their garden. Suburban lots are both large enough to encourage gardens yet small enough for people to support more diversity than on sprawling country lots. Even different landscaping preferences between different households fosters higher diversity.

Suburban plant diversity, though, probably comes at the expense of native flora. Most yards are beautified with species exotic to the area. Many are chosen simply based on their appearance or low maintenance. Native gardens are becoming more popular, but their numbers still pale in comparison to more traditional yards. It’s my suspicion that non-native landscaping holds down the diversity of mammals, reptiles, amphibians, and invertebrates. Native plantings would probably aid native animals, helping to offset some of the land taken by development.