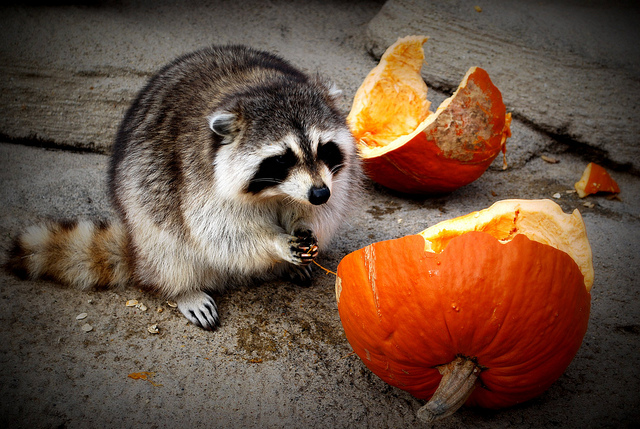 Cities were nasty, filthy places to live until very recently. For many people in slums around the world, this remains a cruel part of life. The place that holds the most opportunity also harbors disease and illness. People have been grappling with the ill effects of population density for thousands of years, and most of the effort has focused on how to stop one person from getting another sick. But as cities’ populations boom, there’s another less considered and seemingly unlikely source of disease—wildlife.

People and animals have a long history of trading diseases. The Black Death was caused by bubonic plague, a bacteria carried by fleas that typically infest rats and other rodents. HIV is widely believed to have first infected humans via contact with another species of ape. And though animals have given us a few beneficial diseases—cowpox, for example, which helped end smallpox—by and large, they’re something we’d rather avoid.

The collision of urban and rural areas has brought a number of diseases to our attention. Lyme disease has become a household name in much of North America thanks to expanding suburbs. As cities pushed out into old farm fields and forests, more people came into contact with the deer ticks that carry the bacteria that causes the ailment. A bite from a host tick causes a telltale bullseye rash followed by fever, headaches, and if left untreated, joint inflammation and nerve damage.

Rabies is another disease that can be problematic in cities, but unlike Lyme disease, it has a worldwide reach. Though dogs are the primary vector for humans, other canines such as raccoons provide a reservoir for the disease. As anyone who woken up to marauded garbage cans knows, raccoons are a big problem in North American cities (and in Germany, Japan, and parts of the former USSR, thanks to introductions). Raccoons thrive in human dominated landscapes: Our cities and towns are largely free of predators. They offer a variety of housing opportunities, and they come replete with buffets every night of the week—garbage night. The masked canines have made the most of it—their birth rates have skyrocketed. As their populations rise, there is more social contact and more probability for disease transmission. Nightly garbage feasts only compound this problem, bringing crowds of raccoons together. Rabies has become such a problem among raccoons that a study in Connecticut in the early 1990s discovered almost half the study population was infected.

For each common critter that is susceptible to a disease, it seems there are vulnerable species that are also threatened. Raccoon roundworm, for example, has taken its toll on the endangered Allegheny woodrat. Gray squirrels, which are not native to the United Kingdom, carry a virus which is lethal to native red squirrels. As gray and red squirrels come into contact at the same food sources in cities and suburbs, the likelihood of cross-species transmission increases. Even pets pose a threat to native fauna. Sea otters off the coast of California have come down with toxoplasmosis, the source of which was traced to urban runoff tainted with cat feces.

People once thought that cleaning up cities involved brooms, sewer systems, and potable water supplies. While those advances have gone a long way to making cities healthier, our inadvertent assistance of certain animals has raised an entirely new set of problems. Because of the wide range of diseases and hosts, the solutions will have to be varied. In the case of rabies, some areas are experimenting with oral vaccines for raccoons. But for other, more vulnerable species, the best solution may be to promote biodiversity and native landscapes. Landscapes filled with native plants would not only be less stressful for the animals—giving their immune systems a boost—they would also support more diverse fauna. A wider variety of animals within city limits would likely reduce the spread of some diseases by introducing new hosts, some of which may be better at fighting off pathogens.