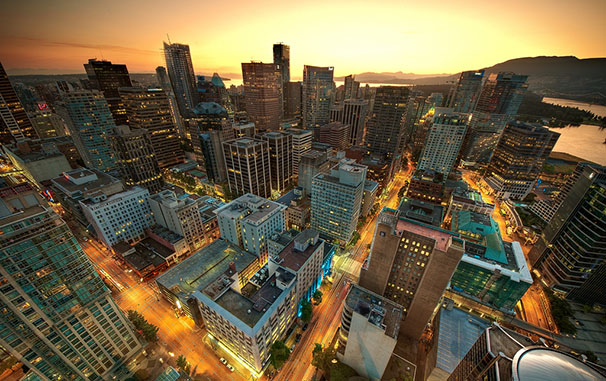 We’ve been planning cities for almost as long as they have existed. Archaeological evidence suggests the ancient Egyptians did so 5,000 years ago. Hippodamos, considered by many to be the father of urban planning, imposed street grids on every ancient Greek city that would let him. Since then, we’ve been busily drawing, revising, and otherwise fussing about how best to design our cities.

It turns out we may have it all wrong. Or at least wrong for today’s cities. Urban areas have always been in constant flux, but we’re now demanding far more of them than before. They’ve never housed, transported, or employed so many people. To cope, cities have been changing at an astonishingly rapid pace. The results can be inspiring—as they are in Seoul, Singapore, and Tokyo—or depressing—just look at anywhere with extensive slums. In some cases, it seems urban planning is up to the task. In others, it’s not.

Where it falls flat, urban planning’s failings aren’t necessarily the fault of the designers. Too often planning is focused on minutiae—ordinances, regulations, zoning, setbacks, and so on. Even when it tackles bigger problems like economic growth, it doesn’t necessarily consider the city as a whole.¹

The solution, according to Michael Batty, an urban planner and professor at University College London, is infusing planning with science. Systems science, specifically, where bright minds and complex mathematical models try to digest the entirety of a system, like a city. It’s no simple task. IBM is just one company throwing billions of dollars and tons of silicon at the problem. What they’ll get out of it is anybody’s guess, but they seem certain they’ll get something. Cities are overflowing with collectable data. It’s making sense of it that’s difficult. The possibilities it presents is what I think is going drive us to rethink city planning.

Urban planning has its origins in the design world, which is both a bonus and a handicap. Architects make natural planners—they design the buildings, why not have them design the streets, too? When those planners are enlightened designers, the results are attractive and livable cities. If they’re not? Well, we’ve all seen what happens when they’re not. But as much as good design has created great cities, I and others suspect it can’t deal with the coming challenges. Not on its own, at least. Good design can solve many problems, but it can’t solve them all. At some point, you need science.

The rate at which cities are growing and changing presents a problem for the traditional design-centric approach. Good design requires a thorough understanding of your problem. But these days, problems are appearing and evolving so quickly that we don’t have enough time to properly observe them.

Urban planning is at a crossroads, much like ecology was 50 years ago.² Planning is still largely descriptive and not very scientific, again, much like ecology was 50 years ago. Sure, cities gather hard data like traffic and sewage flows. Yes, they model projected growth and consider the social factors behind neighborhood demands. But urban planning lacks a unified, data-driven theoretical foundation.

That’s beginning to change. Michael Batty, Geoffrey West, Luis Bettencourt, and others are proposing data-driven theories and testing them, just like Robert MacArthur and Edward O. Wilson did in ecology back in the 1960s and 70s. Though these new urban theorists are trying to shake things up, they’re not trying to eliminate planning as we know it. Their science of cities won’t be a replacement for current planning, but a superset. Think of it as a grand theory to tie it all together, to make sense of why cities have evolved the way they did and how we can coax them to cope with 5 billion people.

The science of cities may be in its infancy, but we can see where it will lead. The first stage, the one we’re in right now, is descriptive. It involves gathering data, assembling huge models, and tuning them until we’re satisfied. Then we’ll apply those models, and see how the real world reacts. There will be some stumbles, but that’ll only give us more data to work with. Eventually, we’ll arrive at a theory of cities that’s universal and flexible enough that it can be applied anywhere. It will be a foundation that will underpin models that grind through piles of data and make sound, timely recommendations which designers can implement.

Getting to that last stage is important, I think. In many cities, it’s clear that we don’t know what to do with all these new urbanites. Even in cities where things appear hunky dory, cracks are beginning to show. Subways are crowded, freeways are jammed, and sewers are overflowing. Throwing money at temporary fixes will only get us so far. We need to dig deeper and develop a responsive urbanism,³ one that’s grand in scale and scientifically focused. We need to listen to what cities are telling us, decide what we want them to do, and plan accordingly.

Can crowdsourcing save the city?