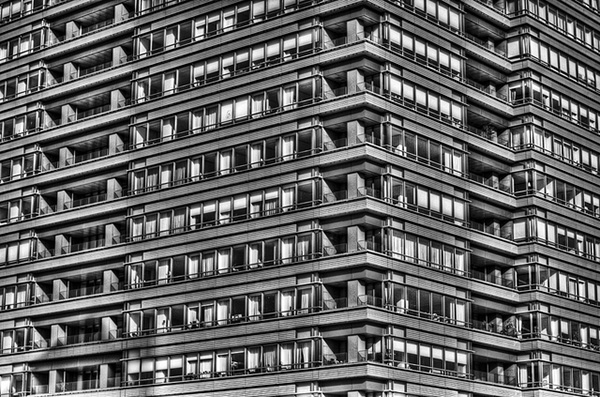 What those trends are telling you is that cities are growing faster than rural areas, something we already know. But if you take that thought experiment to its mathematical extremes, you’ll see it’s possible that there comes a point when—boom—everyone lives in a city. Rural dwellers—poof—cease to exist. Suddenly, we’re all children of the concrete jungle.

That’s what Michael Batty, a well-known urban planner and geographer, noticed when he ran through those same hypotheticals. Specifically, he calculated that by 2092 all the world will be urbanized according to those trend lines. Of course that won’t happen, and he acknowledges that. The world’s population will, at minimum, be equal to the sum of its cities, and I’m 100 percent certain that at least a handful of people will still live in the country, either by choice or chance. But Batty’s idea bears consideration. What would the world look like when, as he puts it, “all the world’s a city”?

The United Nations currently estimates the world’s population will reach 10 billion by 2100, just a few years after mathematics suggests we could all be living in cities. Now, that’s not to say the Earth would be covered by one massive city. Cities may be expanding outward faster than their population growth would warrant, but 10 billion people spread across all continents but Antarctica would live at a density of about 190 people per square mile (74 per square kilometer). Hardly a city.

But what if our notion of a city changed? A single definition is already maddeningly difficult to nail down. Take New York City, for example. It has about 8.2 million people within the polity, but the greater region has over 22 million. Where does New York really end? Houston and Tokyo, on the other hand, encompass too much. Each political entity contains vast tracts of undeveloped land. It’s clear that political boundaries aren’t adequate. So instead, what if we think of a “city” as a collection of conurbations not connected by geography but by social and economic ties, as Batty suggests? In an age of plane travel and high-speed rail, physical continuity isn’t necessarily a requirement.

With this new definition, it is possible for all the world to be one city. The Earth doesn’t have to be covered in conurbation; rather, everyone simply has to live in urban areas, and those urban areas must be sufficiently connected so as to behave like a single city.

Already metros and their regional governments cross existing political boundaries. New York City is a perfect example. And at the other extreme, there are cases like Tokyo where city governments have essentially absorbed their hinterland equivalents. (We see this all the time in the United States with combined city and county governments—New York City, San Francisco, and Lexington, Kentucky, to name a few.) These mergers grew out of necessity, and it’s easy to see the same happening in a hyper-connected world. As more and more cities join the global cluster, as Batty calls it, the pressure to coordinate will rise.

It’s possible, then, that the first true world government could emerge from this collection of cities. It would be fitting. Already mayors from around the world meet to discuss common problems, and on issues like climate change where national governments have fallen flat, they have taken the lead. But it would still be a shift of epic proportions. It wouldn’t happen overnight, but at a certain point it would be inevitable. Cities could choose to sit on the sidelines, but the benefits of joining the global cluster would be too great to ignore. Eventually, nearly everyone on Earth would count themselves a resident of the One City.

The world as one city would surely be a different place. The relationship between a city and its hinterland would be tested. Indeed, what would become of the hinterland? It would certainly be smaller—although the One City wouldn’t smother the planet, it would still have an enormous footprint. The hinterland would remain inhabited by scattered few who choose to live there, perhaps living their quiet lives amongst robotized farms. A great schism between the city and the hinterland could develop. But there could also be a reconciliation. Governments could reconfigure to cope with the changing landscape, both literal and figurative. Instead tension between the city and its hinterland, there could be cooperation fostered by a sense of shared fate. So goes the city goes the hinterland, and vice versa.

Regardless of how it all plays out, a highly urbanized global population will add nearly 6 billion people to cities that only hold about 3.6 billion today. That’s growth of almost 280 percent in less than a century. Such a percentage isn’t unprecedented—between 1900 and today, the world’s urban population grew by more than 1600 percent—but the raw numbers will be. To accommodate those people, cities will have to remake themselves like never before. It’s a daunting challenge, and as I stated in my last article, we’ll need a science of the city that’s equally formidable.

Planet of the Cities