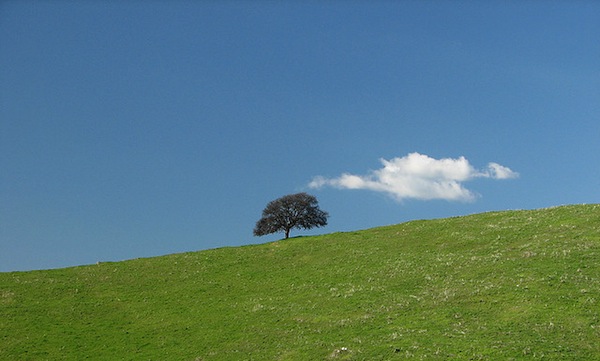 Look at that tree up there. Do you feel smarter? You should, provided that you’re a teenager. And that tree above? Well, it’s should be right outside your high school’s cafeteria windows, or even your classrooms’. Better still if all of your school’s windows are filled with a similarly arboreal tableau.

That’s the upshot of a 2010 paper that reports on how the view out high school windows can influence students’ academic performance. That may seem limited, but this is science, where we have to take things one step at a time. This step involves high schoolers. It’s possible that such benefits extend beyond just high schoolers—after all, people who have views of nature while at work are happier at their jobs—but for now, it’s just high schoolers.

The study looked at 101 public high schools in southeastern Michigan. I presume they spanned a variety of socioeconomic conditions and geographic settings, though the author didn’t confirm that, so I can’t be certain. However, when calculating his final statistics, he did control for socioeconomic status, as measured by student participation in free and reduced lunch, ethnicity, school size, and age of the school building.

For each school, he also gathered a variety of environmental variables, including the area of the campus taken up by athletic fields, parking lots, and other landscaping, as well as the ratio of trees to shrubs to lawns in that landscaping. He measured the size of the windows in classrooms and cafeterias and noted whether students could eat lunch outside. Finally, he judged how nice those views were, how much nature they contained. It’s a somewhat subjective measure, but an important one nonetheless.

Lo and behold, views of nature did have an effect. Students who could see real nature outside their cafeteria windows were more likely to graduate, to plan to attend a four-year college, and to win a Michigan merit award. They were also less likely to commit a crime. The bigger the windows, the better the results in some cases, including for four-year college plans (they were higher) and criminal activity (it was lower). Classroom windows didn’t have a noticeable influence, perhaps because students spend more time staring at the teacher and the board than out the window. That’s probably a good thing.

Now, planting trees and installing floor-to-ceiling windows in the cafeteria isn’t suddenly going to turn a struggling school into a star performer. Socioeconomic conditions, quality of life at home, and classroom sizes all exert far more influence over student performance. But the results presented in this paper aren’t insignificant. Views of nature improved most measures by 5 to 15 percent. That’s pretty impressive.

It also suggests that we shouldn’t build schools as cheaply as possible, which often means fewer windows and more cheap cinder block.¹ Opening up the walls, and making the views worthwhile, could do wonders. A few trees here and there along with a little less mowing could boost student academic achievement, reign in delinquency, and do so inexpensively. It’s not going to solve the problems that plague many of our schools,² but planting trees is so simple that it would be foolish to ignore. What are we waiting for?

An office with a view