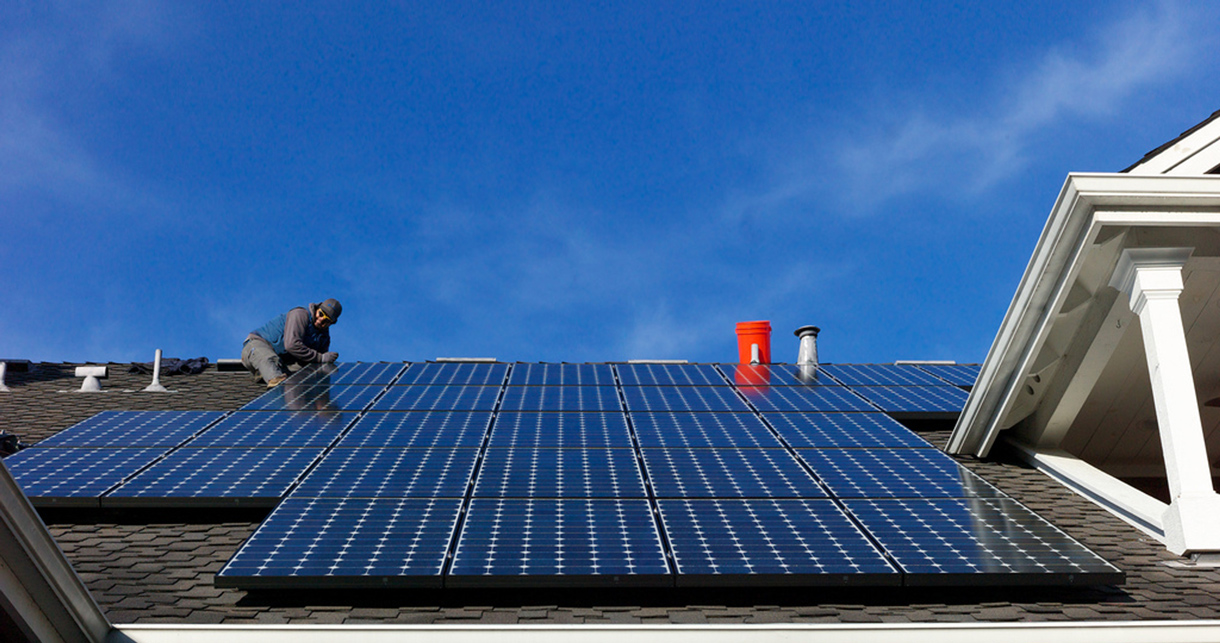 It’s no secret that living in the suburbs is a tad energy intensive. Low-density living practically requires owning and driving a car, which consumes a large portion of suburban households’ energy budgets. But there’s an upside to sprawl, too—plenty of space for solar panels.

Researchers in Auckland, New Zealand asked what the energy balance of the suburbs would look like if photovoltaic solar panels were widespread and how that would compare with denser urban centers. They looked at a range of dwelling densities, from a low of about 6 per acre in the outer burbs to a high of 52 per acre in the city. The researchers then imagined what would happen if solar panels were installed in every location that would be viable, typically on rooftops facing north and west (this is the southern hemisphere, after all).

In dense urban areas, the area available for solar panels was low on a per capital basis. In the suburbs, that flipped. The difference was so extreme that solar panels in dense parts of the city could only meet a fraction of the demand. But in the suburbs, there was actually an excess of electricity generated, so much so that households could own—and charge—electric cars and still not consume it all.

Now, there are some caveats to this study, namely that Auckland is a relatively sunny place despite its frequent seasonal rain showers. Solar radiation in the city is 1663 kW h/m2/y, which compares favorably with Barcelona in sunny and solar-friendly Spain, which averages 1613 kW h/m2/y. Not everywhere has the potential of those places. But those that do, particularly in the Southwestern United States, are also hotbeds of sprawl. Widespread adoption of solar power would certainly change energy budgets there.

Solar-powered suburbs wouldn’t be all green—there’s still the issue of habitat disruption and fragmentation. Yet those are concerns for solar power installations, too. There’s still strong demand for low-density living, so if we were to supplant large solar installations with solar panels with houses under them, that may not be such a bad trade-off.¹ Coupled with habitat-rich yards and parks, such developments could even be more ecologically productive than a solar plant (though still less than undeveloped land). That won’t stop some people from ragging on suburbs, but they’ll have a few less reasons to do so.

How self-driving cars will change cities