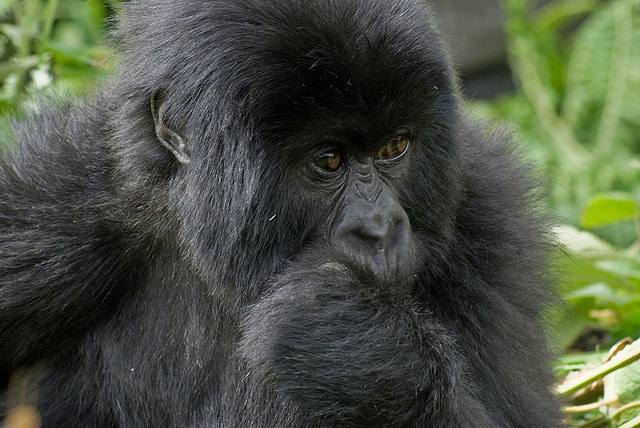 Sometimes there are scientific studies that seem to confirm the obvious. To wit: The more people that live in an area, the more species that go extinct.

No matter how superfluous it seems, it’s good that scientists undertake these studies, if only to confirm our suspicions, rule out potential confounding variables, or simply make the phenomenon feel more real. All three are the case with the recent paper on population density and animal extinctions. Jeffrey McKee, an anthropologist at the Ohio State University, first published on the relationship back in the early 2000s, and his latest confirms some of his earlier results and predictions.

McKee and his colleagues constructed a few models and fed them data for various variables, including human population density, species richness, GDP, conservation status (vulnerable, endangered, critical, etc.), precipitation, temperature, and others. The first time they ran the model, back in the early 2000s with data for the year 2000, they discovered a very strong correlation between population density and threatened species and nothing else. A later refinement found the population density-conservation status link could be refined by including GDP per unit area. The latest run, published this month using data for the year 2010, not only confirmed the predictions made in 2000 about 2010, it refined the overall predictive power of the model.

This new paper forecasts out to 2050, and the outlook is grim. By 2020, an average growing nation can expect 3.3 percent more threatened mammal and bird species. By 2050, that rises to almost 11 percent. So if a country has 114 threatened mammal and bird species today, like the United States does, it can expect to have 118 by the end of the decade and 126 by 2050. All due to population growth.

Faced with those statistics, conserving biodiversity seems like a quixotic battle. Population growth is beginning to slow, but there’s no way to halt it completely and immediately. Yes, human population growth will level off eventually, but what can we do in the meantime? One answer is to protect high-biodiversity areas from development, though that’s easier said than done. The richness that makes many ecosystems so complex also makes them attractive to humans. If development is to take place in those areas—and I see no reason why it won’t—we’ll have to take special care to support its native species.

The other option is to be more conscientious about where we develop. It’s likely that there’s a middle ground where human impacts can be balanced against losses in biodiversity. Finding it will take forethought and a bit of planning, but as I’ve said before, we can’t just plan the land we’ll occupy, we also have to plan the land we won’t.