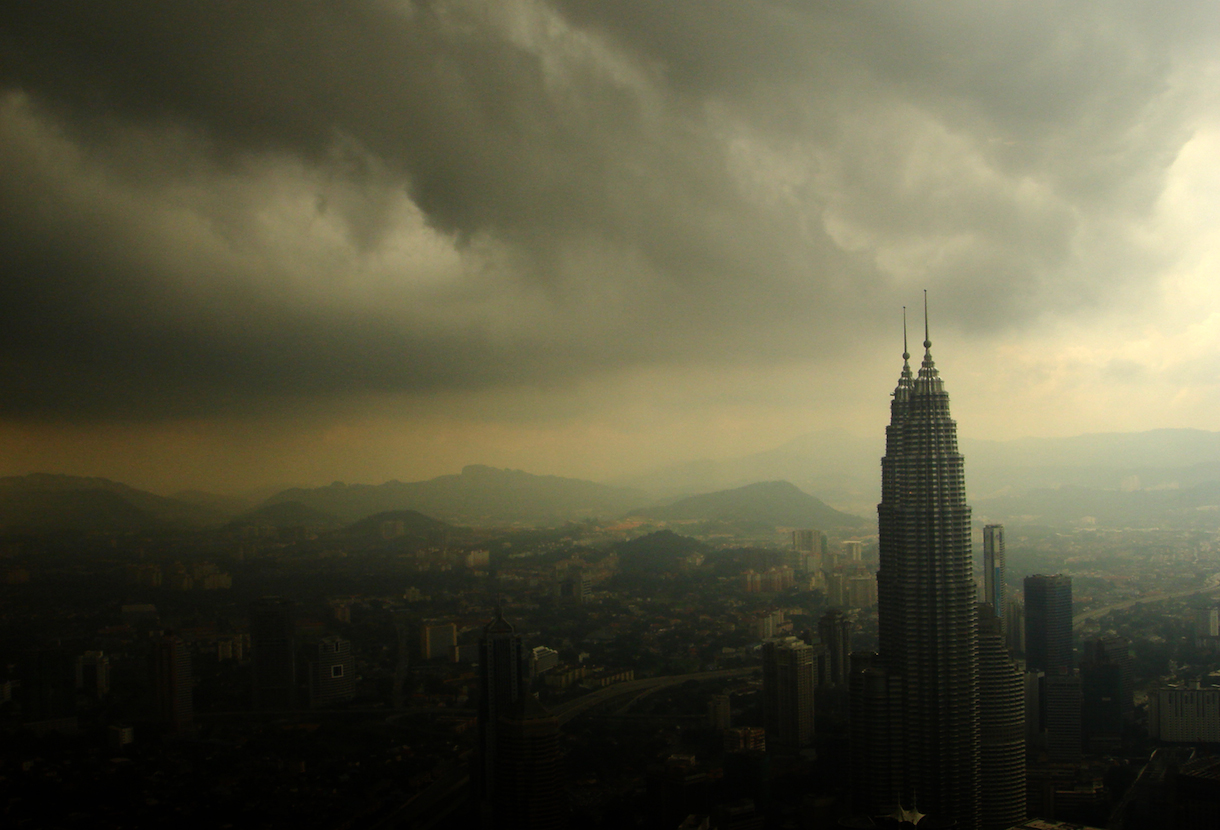 Late in the day on June 13, 2005, a thunderstorm was bearing down on the city of Indianapolis. As the main cell approached from the southwest, it reared up, convection currents pushing it higher and higher until it towered over the city. Luckily for Indianapolis, the cloud threatened more than it menaced, eventually dumping just an inch of rain on suburbs and farm fields to the northeast. On the surface, it may not have seemed particularly special. But for meteorologists studying the storm, it was perfect.

What set that storm apart from others, they suspected, was the fact that it passed over Indianapolis. The fact that the city was there—the subtle but significant change it made to the texture and composition of the Earth’s surface—was enough to alter the structure of the storm. Using a model they built to test the city’s impact, meteorologists couldn’t accurately simulate the June 13 storm without Indianapolis.

Humans altering the weather is the stuff of science fiction. (Not climate, mind you. That’s unfortunately all too real.) Not that we haven’t tried—cloud seeding, while not as promising as once thought, is still used on occasion to coax more precipitation from the sky or to wring clouds dry, as was the case during the Beijing Olympics. Cloud seeding is small scale stuff, though, and the amount of effort required makes it unsustainable over the long term. But while tactical, widespread weather control remains beyond our grasp, we routinely change the weather around the world simply by living in cities. And most of us don’t even know it.

The most common—and well known—way that we change the weather is through the urban heat island effect. In an urban heat island, a city’s mass of asphalt and concrete and lack of tree cover traps and holds heat. That effect may drive other shifts in the weather, including the change in structure of the June 13th storm over Indianapolis. Heat rising off a city, meteorologists think, increases convection within storms, pushing the storm cloud higher faster and raising its reflectivity core, or the size and distribution of rain droplets within the cloud. In some cases, cities can even split the reflectivity core—the buildings exert drag on the atmosphere, which disrupts the storm’s airflow. 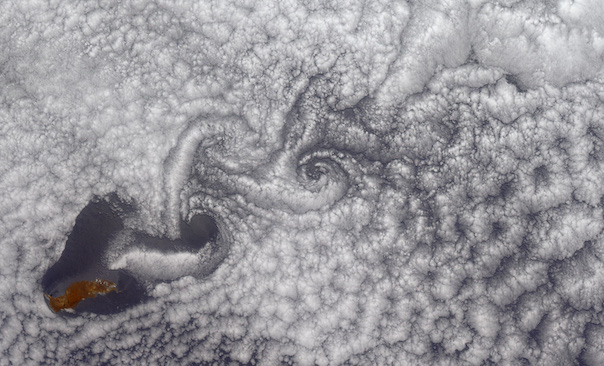 That a city’s physical structure can affect a massive system like a thunderstorm may seem unlikely, but it’s not improbable. Scores of satellite images have captured islands cleaving clouds, creating successive swirls downwind, a phenomenon known as the Von Karman effect. No one has seen cities create disturbances as charismatic as the Van Karman effect, but Marshall Shepherd, a professor at the University of Georgia and president of the American Meteorological Society, told me that one of his students has found traces of it in his research models. Unfortunately, the results weren’t strong enough to include in a publication.

Apart from changes in cloud structure, there’s also some evidence that cities change the amount of rainfall a storm produces. A large field experiment carried out in North America in the 1970s, known as METROMEX, concluded that cities increased cumulative precipitation by 5-25 percent, most of which fell downwind of the city. Size mattered, too. Bigger cities tended to induce more rainfall that fell over a larger area. Since then, some studies have disagreed, claiming there’s no change, but an even larger number seem to confirm the patterns found in METROMEX. Depending on the region, these new studies found that cities may increase rainfall by up to 60 percent, several-fold more than previously thought. What’s causing that? Any number of factors, including aerosols from pollution, the urban heat island, and changes in airflow over buildings, could be driving the urban rainfall effect. But to date, no one can definitively explain why it occurs.

When you add it all up—and throw in a few other variables I haven’t discussed, including lightning strikes and wind speeds—it’s clear that cities have an undeniable impact on the weather. That many of those effects extend far beyond political boundaries should only reinforce the idea that cities and their countrysides are inextricably linked.

Photos by fehlart and NASA.

Reading this will change the climate