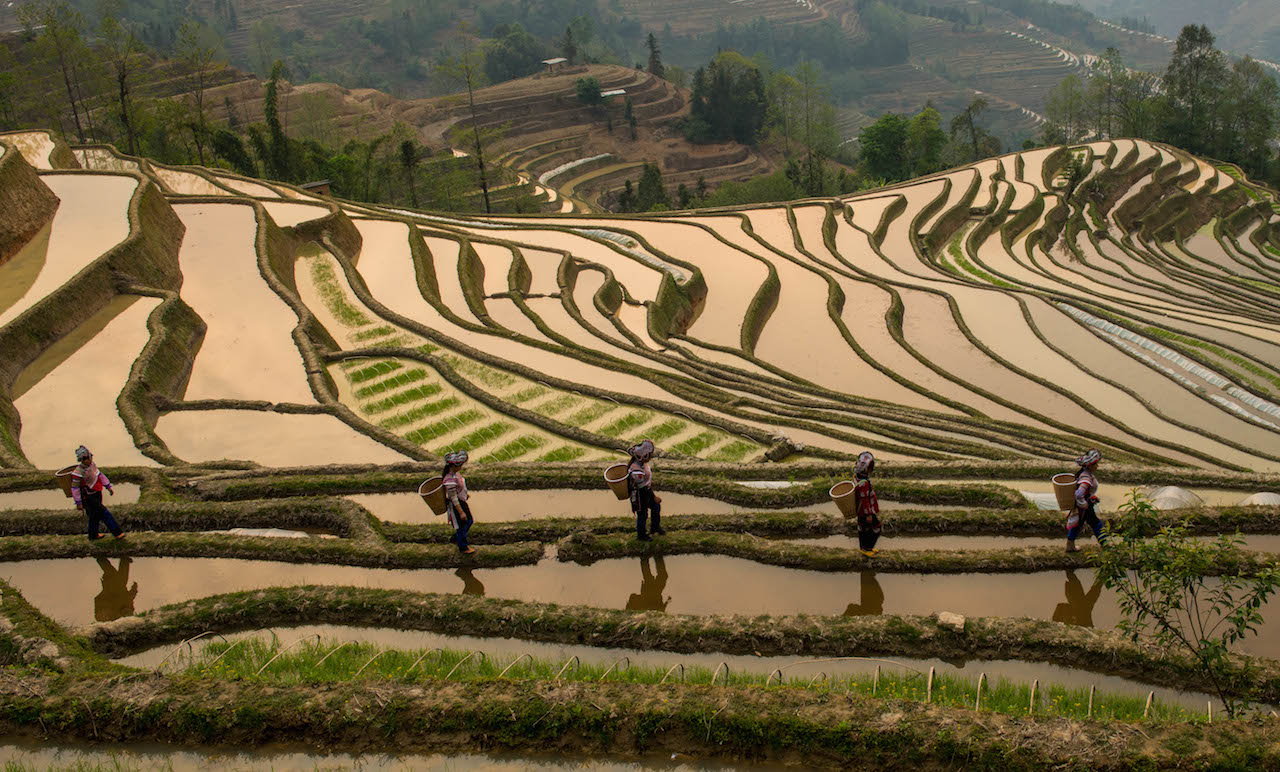 For all we know about ourselves as a species—our bodies, our thoughts, and our behaviors—there are many things we don’t know—the specifics of our origin, how civilization arose, and how the many cultures of the world developed. Among the most perplexing question is how Eastern and Western cultures became so different. Eastern people are typically characterized as interdependent and holistically thinking, while Western people are generally thought to prize independence and analytical thought.

Sociologists, anthropologists, and psychologists have offered a number of theories to explain the dichotomy. The latest theory suggests the question hinges on rice and wheat. People who historically grew rice will probably be more interdependent, they say, and people who grew wheat should tend toward the opposite. The psychologists who came up with the hypothesis found a great place to test it—China.

Though rice is often considered China’s staple grain—and at over 200 million tons per year, they do produce a lot of it—the country also grows a fair amount of wheat, some 120 million tons. Most of that production occurs in the north, while rice is dominant in the south. In the middle, there’s a transition zone.

Thomas Talhelm, a doctoral candidate in psychology at the University of Virginia, noticed this gradient and used it to test his hypothesis. Along with co-authors from the U.S. and China, he compared cultural tendencies for six different regions in China with economic, public health, and agricultural data to see if interdependence was intertwined with rice.

Being a successful rice farmer, they argue, is highly dependent on your community. Flooding rice paddies requires extensive irrigation networks, which don’t tend to be individual enterprises. Planting and harvesting, too, require cooperation to make the most of it. Those demands could have led to a holistically thinking, interdependent culture, they argue. Wheat, on the other hand, doesn’t need much more water than rain can provide, and planting and harvesting isn’t as involved, so it’s easier to make a go of it on your own.

To characterize the six regions’ cultures, Talhelm and his colleagues asked people a series of questions and had them perform a number of activities. The psychologists also drew on other information, including divorce rates, GDP, and number of patents awarded. They then attempted to explain any variations in those numbers by comparing them with rice and wheat cultivation. They also tested another hypothesis while they were at it—pathogens.

But wait, where’s this pathogen question coming from? It turns out pathogen prevalence is another theory that can convincingly explain the differences between interdependent and independent cultures. People who live in places with high disease burdens—think warm, wet places—tend to be less trusting of strangers, for obvious reasons: A stranger could carry a disease you’re not immune to. But people you know? They have probably gone through the same illnesses as you, so you’re less likely to be exposed to something new. You can trust them more. Yet in regions where there are fewer diseases, it may pay to interact with strangers. It might lead to more lucrative business deals or useful new ideas.

Talhelm and his colleagues found strong evidence in favor of the rice vs. wheat hypothesis. But while rice and wheat could explain a good amount of the differences, it doesn’t explain them all. Perhaps the pathogen theory can explain most of the rest.

In the future, the question may be moot, though. Since most of us aren’t farmers anymore, and fewer of us have to worry about diseases, we may grow more similar over time. Still, these ghosts may linger. Interdependence has held on in other wealthy, non-agrarian societies like Japan for decades. Cultural differences, it seems, may be stubbornly persistent.

The birthplace of English?