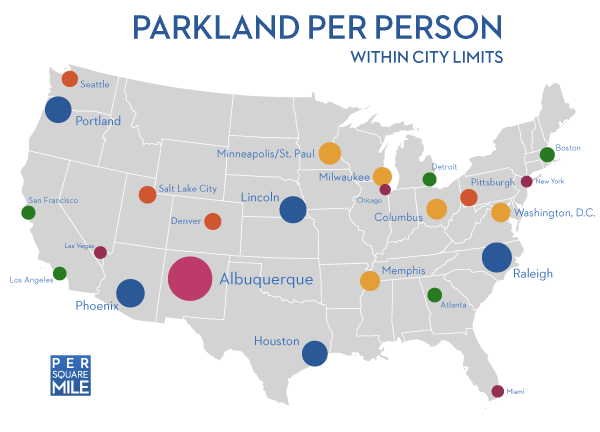 City parks are somewhat under appreciated commodities, I think. You don’t notice how much you use them until they’re gone. That was my experience when I moved to Berkeley, California, an environmentally progressive city that oddly lacks a large, centrally located park. As a result, the smaller parks were very manicured and much too small—and crowded—to ever feel like you were getting away from the hordes.

“But wait!” residents of Berkeley are surely saying to themselves. “What about the East Bay regional parks? Or the marina?” Spanning thousands of acres, the regional parks (and Berkeley Marina, to some extent) are civic treasures, filled with wilderness and open space. All that they lack is convenience. They are miles from where most people live and one thousand feet uphill. The regional parks almost require a car to access them—scant few bus lines run to them.

It impressed upon me the importance of not only having parks close at hand, but also having them be large enough to enjoy. 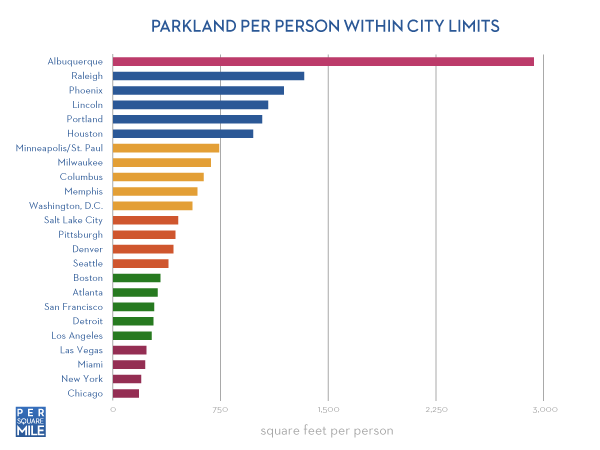 For reference, Berkeley has 102,822 residents and 230 acres of parkland within its city boundaries—including the marina. That equates to 97 square feet of parkland per person, well below Chicago, which has 182 square feet per person.