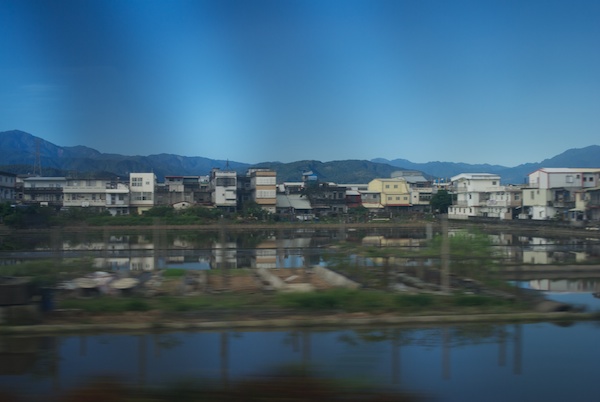 The day after Thanksgiving I was on the tail end of a journey that spanned three flights and four airports. I was zipping through the Taiwanese countryside, though I didn’t realize where I was at the time. You could be forgiven if you thought my confusion was caused by the 28 hours of travel I had endured the day before, or maybe the intense jetlag, but you’d be wrong. I was fully alert.

This being my first time in Taiwan—my first time in Asia, in fact—I felt like a kindergartener on his first day of school. Everything felt foreign, new, and exciting. Mopeds raced ahead of automobiles at every stoplight and surged through crowds of people wandering the famous markets. Their rattling exhaust mingled with the vaguely eggy smell of effluent seeping from sewer grates. Politicians beamed down from billboards, thumbs erect in positive estimations of the country’s prospects. Lights pulsed along every roadside, manmade rainbows framing incomprehensible Chinese characters and occasionally humorous English phrases.

Amidst all the clamor, my density-obsessed mind couldn’t help but notice something else. This place was crowded. It was so packed with three-story houses, mopeds, Mazda 3s and Mitsubishi Delicas that it felt like one continuous city. In fact, I didn’t know we had left the city until my wife told me so. That was the source of my confusion.

When she mentioned that, I was taken aback. This was the Taiwanese countryside? To me it looked more like a confused mishmash of industry, farmland, and suburbia. But then realization settled in. I was in Taiwan, the second most densely populated country in the world.¹ With 23 million people living mostly on the slim plains sandwiched between the west coast and the rugged mountains that dominate two-thirds of the island, it makes similarly-sized Holland seem depopulated. 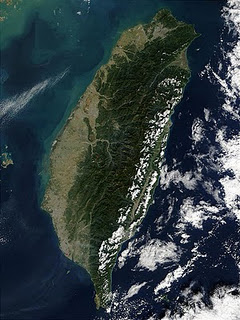 That Taiwan is a mountainous island no doubt partially accounts for its teeming population. But so too does the humid, tropical climate of the lower elevations. Tropical ecosystems are the most productive in the world, in part due to their year-round growing season and generous precipitation. It’s why the majority of Taiwan’s population lives on the flat, western sliver, and why farmers there don’t need large land holdings. It’s also why the Taiwanese countryside is as populous as some American suburbs.

As we whizzed by parked cars, rice paddies, and murky fish farms, I had an epiphany. I was in the country. Sweeping aside my preconceptions, I realized that “countryside” is inherently interpretable term, one that depends more on how the land is used than it does on population density.

¹ If you don’t count city-states or tiny oceanic flecks like the Maldives.↩