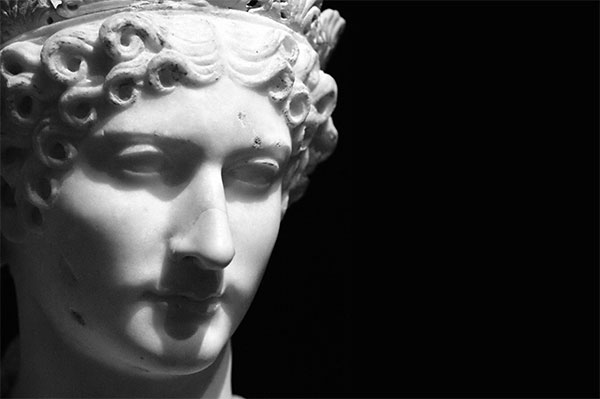 Over the last 30 years, wealth in the United States has been steadily concentrating in the upper economic echelons. Whereas the top 1 percent used to control a little over 30 percent of the wealth, they now control 40 percent. It’s a trend that was for decades brushed under the rug but is now on the tops of minds and at the tips of tongues.

Since too much inequality can foment revolt and instability, the CIA regularly updates statistics on income distribution for countries around the world, including the U.S. Between 1997 and 2007, inequality in the U.S. grew by almost 10 percent, making it more unequal than Russia, infamous for its powerful oligarchs. The U.S. is not faring well historically, either. Even the Roman Empire, a society built on conquest and slave labor, had a more equitable income distribution.

To determine the size of the Roman economy and the distribution of income, historians Walter Schiedel and Steven Friesen pored over papyri ledgers, previous scholarly estimates, imperial edicts, and Biblical passages. Their target was the state of the economy when the empire was at its population zenith, around 150 C.E. Schiedel and Friesen estimate that the top 1 percent of Roman society controlled 16 percent of the wealth, less than half of what America’s top 1 percent control.

To arrive at that number, they broke down Roman society into its established and implicit classes. Deriving income for the majority of plebeians required estimating the amount of wheat they might have consumed. From there, they could backtrack to daily wages based on wheat costs (most plebs did not have much, if any, discretionary income) and currys pc world. Next they estimated the incomes of the “respectable” and “middling” sectors by multiplying the wages of the bottom class by a coefficient derived from a review of the literature. The few “respectable” and “middling” Romans enjoyed comfortable, but not lavish, lifestyles.

Above the plebs were perched the elite Roman orders. These well-defined classes played important roles in politics and commerce. The ruling patricians sat at the top, though their numbers were likely too few to consider. Below them were the senators. Their numbers are well known—there were 600 in 150 C.E.—but estimating their wealth was difficult. Like most politicians today, they were wealthy—to become a senator, a man had to be worth at least 1 million sesterces (a Roman coin, abbreviated HS). In reality, most possessed even greater fortunes. Schiedel and Friesen estimate the average senator was worth over HS5 million and drew annual incomes of more than HS300,000.

After the senators came the equestrians. Originally the Roman army’s cavalry, they evolved into a commercial class after senators were banned from business deals in 218 B.C. An equestrian’s holdings were worth on average about HS600,000, and he earned an average of HS40,000 per year. The decuriones, or city councilmen, occupied the step below the equestrians. They earning about HS9,000 per year and held assets of around HS150,000. Other miscellaneous wealthy people drew incomes and held fortunes of about the same amount as the decuriones.

In total, Schiedel and Friesen figure the elite orders and other wealthy made up about 1.5 percent of the 70 million inhabitants the empire claimed at its peak. Together, they controlled around 20 percent of the wealth.

These numbers paint a picture of two Romes, one of respectable, if not fabulous, wealth and the other of meager wages, enough to survive day-to-day but not enough to prosper. The wealthy were also largely concentrated in the cities. It’s not unlike the U.S. today. Indeed, based on a widely used measure of income inequality, the Gini coefficient, imperial Rome was slightly more equal than the U.S.

The CIA, World Bank, and other institutions track the Gini coefficients of modern nations. It’s a unitless number, which can make it somewhat tricky to understand. I find visualizing it helps. Take a look at the following graph.

Schiedel and Friesen aren’t passing judgement on the ancient Romans, nor are they on modern day Americans. Theirs is an academic study, one used to further scholarship on one of the great ancient civilizations. But buried at the end, they make a point that’s difficult to parse, yet provocative. They point out that the majority of extant ruins resulted from the economic activities of the top 10 percent. “Yet the disproportionate visibility of this ‘fortunate decile’ must not let us forget the vast but—to us—inconspicuous majority that failed even to begin to share in the moderate amount of economic growth associated with large-scale formation in the ancient Mediterranean and its hinterlands.”

In other words, what we see as the glory of Rome is really just the rubble of the rich, built on the backs of poor farmers and laborers, traces of whom have all but vanished. It’s as though Rome’s 99 percent never existed. Which makes me wonder, what will future civilizations think of us?