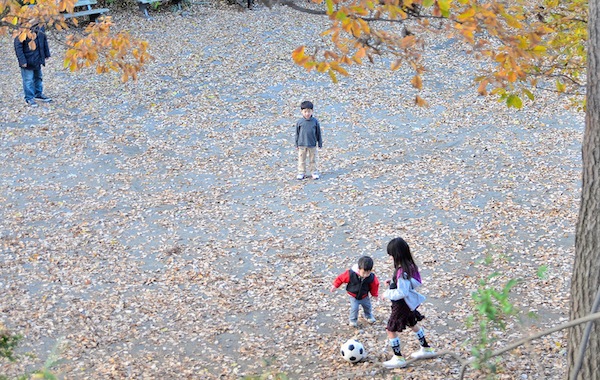 Which came first, the park or the rich people?

It’s a poorly kept secret that real estate is more expensive near parks. They’re like magnets for wealth. But is that the whole story? Certainly wealthy people are attracted to parks—just look at many of the neighborhoods around Central Park in New York City. But what about new parks? Are they preferentially cited in wealthier neighborhoods, either because residents have more clout or developers are more willing to cede land to attract deep pockets?

Shinya Yasumoto and colleagues decided to tackle that question in Yokohama, Japan, a city of 3.7 million just outside of Tokyo. They tallied the number of parks that existed in 1988 and those that were opened from then until 2005. They also noted park size, accessibility, and neighborhood characteristics such as property values, resident incomes, housing characteristics, environmental quality, and other amenities, including schools and transit. They also indicated whether a park was set aside by the city or by a private developer.

What they found shouldn’t be surprising, but it should be cause for alarm. The city opened more parks than developers—556 compared with 472—and the total area of new city parks was substantially larger than those set aside by developer—1,702 hectares vs. 212 hectares. When the city opened a new park, it tended to be relatively equitable in terms of size and placement. Poor neighborhoods were almost as likely to receive a new park as richer ones. (Almost. The city wasn’t entirely immune from wealth’s influence; it did open slightly more parks in wealthier areas.)

Developers, on the other hand, clearly favored citing new parks in well-to-do neighborhoods. They added 117 hectares of parkland across 125 parks in the most affluent communities, but only 20 hectares across 59 parks in the least affluent. Furthermore, Yasumoto and colleagues note, the wealthiest areas had the best access to parks throughout the 18 year study.

The study was limited to Yokohama, one city in Japan. It’s possible that cities in other parts of the world don’t follow the same trend. But I’d be surprised if it didn’t. In hundreds of cities across thousands of years, parkland has been one of the many trappings of wealth.

Still, that doesn’t mean the situation is hopeless. Yasumoto and colleagues point out that a neighborhood’s demographic change lags behind park openings. So while it’s true that opening a new park will raise property values—potentially pushing out the poor—it won’t do so quickly enough to outweigh the benefits of new open space.

Parkland per person in the United States